The Sea-life of Cobscook Bay

Along with the Old Sow, you will see an abundance of sea-life on your tour. Below are some of the animals you might see. 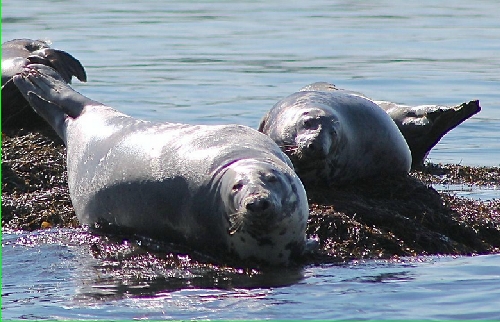 Harbor Seals: Found along the North Atlantic as well as the North Pacific Ocean, Harbor Seals are brown, tan or grey with distinctive V-shaped nostrils. The average life span of the Harbor Seal is between 25 and 35 years. Females bare a single pup after a 9 month gestation period, which they raise alone. In Cobscook Bay, you will see them sunning themselves on rock ledges or hunting for small fish in the tidal eddys of the bay.

Fin Whales: Fin Whales are a type of Baleen Whale. With an average length of 90 feet and weight of 75 tonnes, The Fin Whale is the second largest mammal on Earth and the largest whale seen in the Cobscook Bay area. Its diet consists of small fish and Krill, which it eats in large quantities. 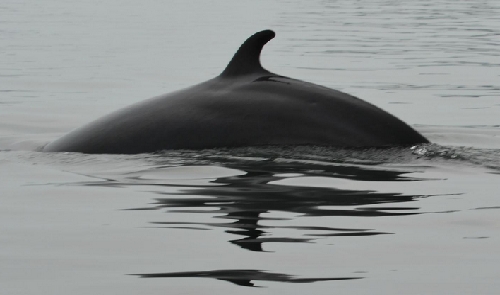 Harbor Porpoise: The Harbour Porpoise is one of 6 species of porpoise. It is the smallest of the marine mammals, and lives in coastal areas or river estuaries. Sometimes, these porpoise will venture up river and have been seen hundreds of miles from the sea. The Harbour Porpoise are slightly smaller than other porpoises, measuring 4.6 to 6.2 ft in length with max weights in a range between 134 to 168 lbs. Their diet consists mostly of small fish such as herring.

Contact us today to reserve your spot on this once in a life time tour!
207-733-2009
Or send us a message through our Contact Page